On March 14th 2002, Brenda testified that all of her kid’s bedrooms were easily identifiable from the outside when the doors were closed:

According to Brenda Van Dam’s testimony it was easy for anyone to distinguish Danielle’s bedroom; if Westerfield had entered the house he had never been in before, all these stickers should have make it very easy for him to find Danielle’s bedroom without any hesitation

Feldman: sir, basically, I think you told us you were the law enforcement officer who was I guess assigned primary responsibility in the beginning to locate Danielle Van Vam; is that correct, sir?

Feldman: all right. did you have anything to do with the search of the Van Dam residence? or searches, I should say.
Collins: I was involved in one search of the Van Dam residence.
Feldman: which search was that, sir?
Collins: that was done about three o’clock, the morning of February the 3rd.
Feldman: and was one of your purposes in searching the Van Dam house to seek to locate, for instance, blood that might have been present at the scene?
Collins: no. my search was to do another search to make sure that Danielle was not anywhere in that house.
[–]

Feldman: have you seen a floor plan of the Van Dam residence?
Collins: I haven’t seen the floor plan but I’ve been in the house.
Feldman: do you remember that there’s a stairway?
Collins: yes.
Feldman: and when you get to the top of the stairway, do you remember that there’s several rooms?
Collins: yes.
Feldman: with regard to the rooms, when you first saw the several rooms, could you tell whose room was whose?
Collins: No.
Feldman: because there was nothing that plainly marked, for instance, that one room belonged to one of the Van Dam children, another room belonged to another of the Van Dam children; correct?
Collins: That’s correct.
Feldman: and there was nothing that plainly indicated, for instance, that which was the master bedroom as opposed to another bedroom which was down the hall; is that correct?
Collins: no, I assume the master bedroom was the one that was away from the other three bedrooms.
Feldman: regardless, though, were you shown which of the bedrooms in the upstairs area was Danielle Van Dam’s?
Collins: yes, I was.
Feldman: by whom were you shown that?
Collins: I don’t recall.
Feldman: you don’t recall whether it’s the Van Dams or one of the officers that was working with you, sir?
Collins: it was not the Van Dams.
Feldman: did you enter the room that was identified to you as Danielle Van Dam’s?
Collins: yes, I did.

Could David Westerfield have been in Danielle Van Dam's bedroom without leaving any evidence?
Share on: 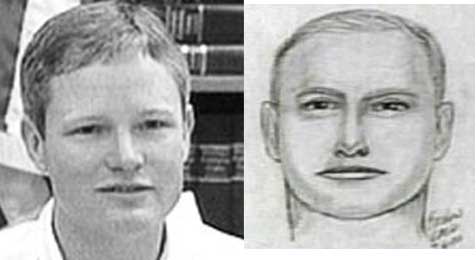 Events related on Unposted.com are not fictional and are available through public records, conclusions and comments are made by the author.